the robot and the human 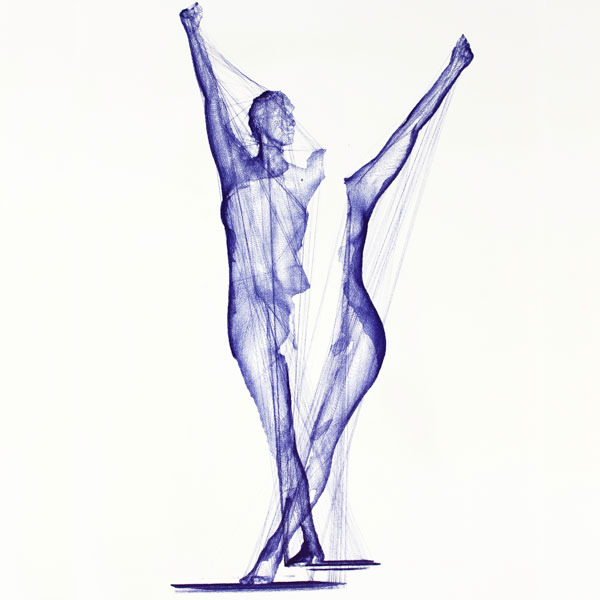 With her method for 3D-scanning bodies and from these creating images drawn by a robot, Tove Kjellmark has created her very own mode of expression and a unique position in Nordic art life. Her work spans philosophy, technology and aesthetics and today she collaborates with both the Max Planck Institute in Berlin and the philosopher Jonna Bornemark. All to drill deeper into the question: what is life? During Stockholm Art Week 14-19 September, we are presenting Tove Kjellmark’s first ever editions at Svenskt tenn, Strandvägen 5, Stockholm. They will be released for sale at ed-art.se on 14 September 12:00.

Tove Kjellmark's art has always revolved around bodies. At the graduation exhibition at the Royal Institute of Art in Stockholm, she showed a highly acclaimed self-constructed, gaping, three-meter-high robot, which threw itself backwards in seemingly uncontrollable convulsions of laughter and then got up again and started again in an endless loop.

- I tried to understand if there was a difference between being human or a machine. Basically, a search for what life is and what makes something alive.

It led on to further examinations of the body, since it is through the body that we become alive and become a part of our world. "I am conscious of the world by means of my body" is the name of one of Tove Kjellmark's more contemporary works, a title that captures what she has been working on for a long time.

The exploration of the body, its place in the world in motion and stillness continues. From the beginning, above all through sculpture, performance and installation, but more recently also increasingly in drawing.

- I have always drawn, but only for my own sake. The line fascinates me, it is such a direct and living process. A line that I draw is a direct extension of my arm. Drawing with the help of a robot, as I do today, is a huge detour to get to that line (laughs).

A couple of years ago, Tove Kjellmark started exploring 3D scanning. Today, it has become an important tool for exploring the world. The result of a scan becomes even more real than reality, she says. The scan reinforces cracks and distortions instead of fading them down, as photography might do.

- In addition, everything can be scaled up, turned inside out. You can film a body from the inside! Capturing the sensation of being in a body is something I am constantly looking for.

The robot drawings came from the work with the 3D scans, the desire to transfer the 3D models to a flat surface but retain the three-dimensional feel. Scottish Sandy Noble has invented the drawing robot itself, which he calls polargraph, but based on the technology, Tove Kjellmark has developed her own aesthetic where 3D-scanned body parts are translated into something almost similar to topographic curves, drawn in thousands of lines by the robot.

– It takes two days for the robot to draw a copy of "When I crack I expand" and "Power pose" and two pens are used up. Before that, it has taken me about a month to create a motif, scan, model in the computer, transfer the 3d model to vector graphics and work with it to further transform it into code. Then there are a lot of tests with a pen on paper before I am happy with an image. I have been experimenting for a long time to find a way to transfer the 3D scans to code that the drawing robot can read. And then to get interesting pictures. Which pens and which paper works to use, for example.

The pens are Tove Kjellmark's new palette. Some react well with each other, others do not. During the drawing process, the pen hangs on a string and is passed slowly over the paper by shortening and lengthening the string using two weights, hanging on each side of the artwork. The tip of the pen rests only lightly on the paper, which makes the lines that are drawn thin and sensitive, it almost feels like there is a human presence.

The motifs in "When I crack I expand" and "Power pose" are taken from a series of images where Tove Kjellmark is working on splitting the body into its various components.

When I Crack I Expand

– As human beings, we must negotiate with a constant mobility and transience. All life lies in the field of tension between contradictory desires, and we are constantly trying to resolve this contradiction. I work with that tension and look for the shapes that remain from the movements.

Tove Kjellmark examines the relationship between movement and the solid. She is a trained sculptor and has developed a versatile and experimental practice where she moves freely between different media and materials. Kjellmark's work is both physical, psychological and conceptual. It places itself in the glitch between the digital and the organic, the past and the future. As a tool, she often uses her own body in combination with home-built machines and advanced technology. Kjellmark has made "Technoanimalism" her signature and in media contexts she has been called a modern, female, Dr. Frankenstein.

Tove Kjellmark (1977) was born and is still based in Stockholm, where she received her Master of Fine Arts at the Royal Institute of Arts in 2009. She has since exhibited regularly on the international art scene. 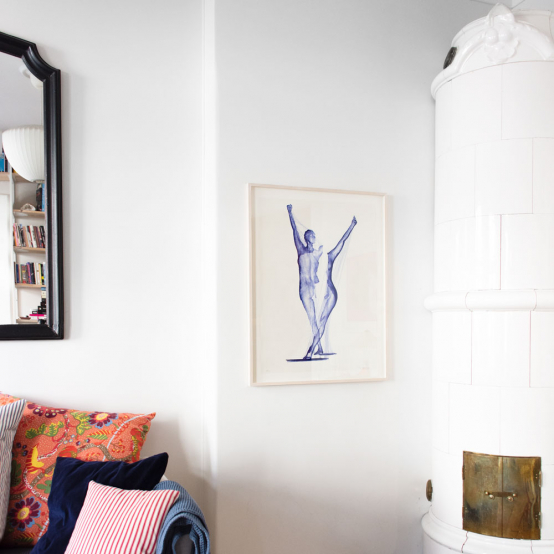 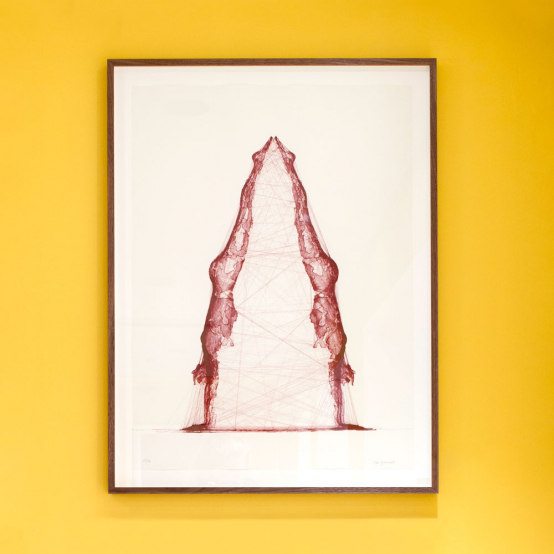 Tove Kjellmark When I crack I expand 76 x 56 cm