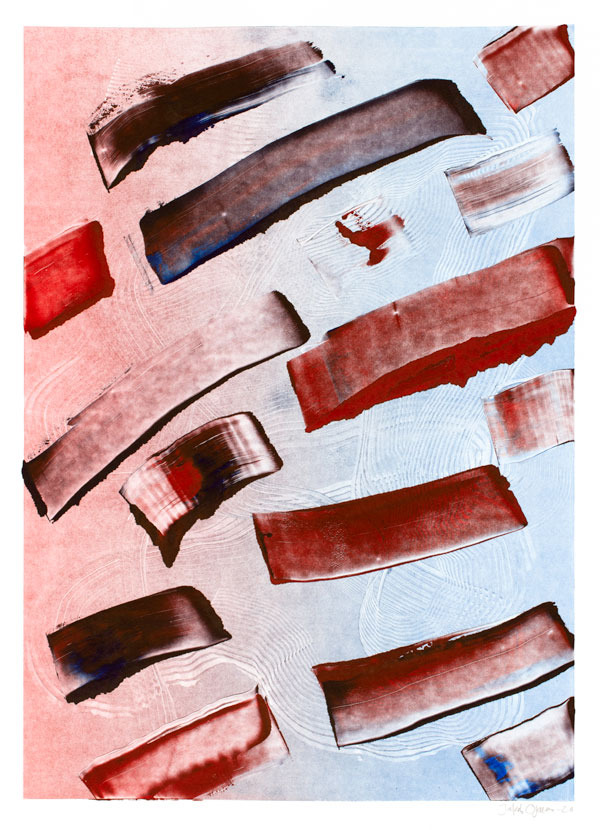 During Stockholm Art Week 2021, ed. art will present four new monotypes by Jakob Ojanen. Two of these will hang at Svenskt tenn on Strandvägen 5 together with new drawings by Tove Kjellmark, two will be presented in our showroom on Hagagatan 14.

Jakob Ojanen's direct, powerful works have attracted the eyes of the art world in recent years. In 2019, he was awarded one of Sweden's largest art scholarships of SEK 500,000 by the Åke Andrén Foundation. The jury presents Ojanen as an innovative painter, with his constant exploration of materiality and the properties and conditions of painting. His works are described as headstrong and highly expressive, both visually and conceptually.

In the motivation, the jury also points to Ojanen's exploration of the urban space as extra interesting; "Objects in the urban space such as paving stones, forgotten and insignificant things, washed-out graffiti and the digital world are used and combined in unexpected ways and assigned new meanings and exciting expressions in his sculptures and installations."

The inconspicuous and forgotten is something that Ojanen himself emphasizes as important; the overlooked, that is not striking, but found in the periphery. An example of this is Ojanen's fascination with the images he finds in the public space. In early works, there were clear references to washed-away graffiti, the "ghost paintings" that remain when facades are cleaned from graffiti. Now he is taking that legacy further, in a painting practice that is more free.

The monotypes are an extension of Ojanen's painting practice. Here, the artist paints directly on an untreated printing plate, which is then run against the paper through a printing press. Thus, the color is transferred from plate to paper and the image is created. The image that is painted can only be printed once, but often paint residues that remain in the plate - the so-called ghost print - can be reused and included in the next image. In this way, a series of related images can be created.

All artworks by Jakob Ojanen 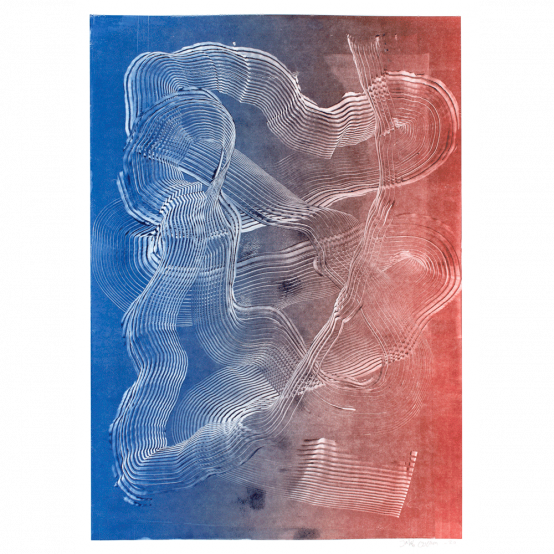 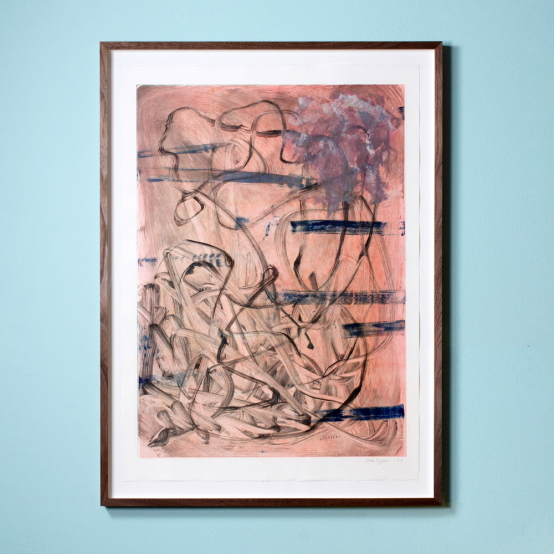