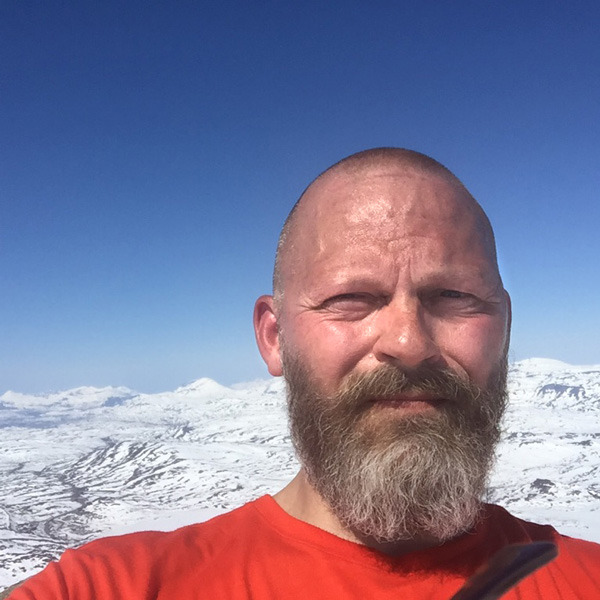 ”Neither evil nor good, the wilderness is sufficient unto itself," says Roger Metto about the choice of motif in his latest lithographic print Vierranvárri. The mountain after which the artwork is named is located in the Lapland mountain area, the place is found along the Western Trail, about midway between Kebnekaise Mountain Station and Kebnekaise's southern peak.

"Some places in the mountains stand out to you as special, this is such a place for me," says Roger Metto. "It is the uninhabited, unexploited that attracts me. The monumental mountain makes it easy for me to sympathize with the idea of the soulful nature."

Throughout his career, Metto has portrayed the mountains and the mountain world, partly marked by his upbringing in Kiruna with its surrounding magnificent nature. He describes the depiction of the place as a way of deciphering it, in order to understand and reinforce one's own perspective.

The new artwork has been produced for the The Swedish Fine Art Print Society's annual portfolio and is allotted to members of the association. Thereby, the work also becomes part of the prestigious art collections of the National Museum in Stockholm and the British Museum in London. In addition to these copies, there are a few prints for sale through us at ed. art. 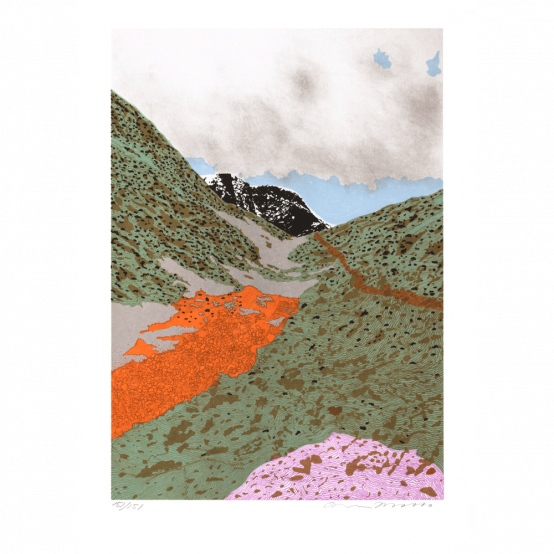