eyes of my mind

Right now, we’re particularly happy to be able to present some good news: two new lithographs by one of the fastest rising stars on the Nordic art scene, Malin Gabriella Nordin. During 2019, Malin Gabriella Nordin worked intensively on a music video for artist Axel Boman's new single "Eyes Of My Mind" which is also released this week. The two lithographs are excerpts from that work.

After Axel Boman completed his first draft of the song, produced during sessions at Future Classic Studios in Los Angeles, he sent it to his friend Malin Gabriella Nordin. Nordin describes how she was instantly obsessed with the song, playing it over and over again. She began to draw and paint with an idea to create moving images for the music, resulting in 455 painted A3 format papers, which put together form the video for Eyes Of My Mind.

- I’ve long wanted to work with moving images, since movement and process are such important aspects of my work, says Malin Gabriella Nordin. When I paint there's never a final destination, only something that evolves and takes place. It's an exciting journey, but usually the viewer only gets to see the final stage. In this video, however, there's the opportunity to partake in compositions taking form, with lines and colours emerging and creating new shapes, turning into entire landscapes.

The lithographic work has been carried out at Lumphé litografiska on Långholmen island in Stockholm. Nordin has based the lithographs on two paintings from the video. With the help of the printer Björn Lumphé, she has separated the colors and with black ink transferred them to mylar films - one film for each color. The mylar films are then placed on UV-sensitive printing plates that are exposed in a UV box. The motifs are thus transferred to plates, and the editions are printed, one color at a time, in the large printing press.

We made a little video describing the process: 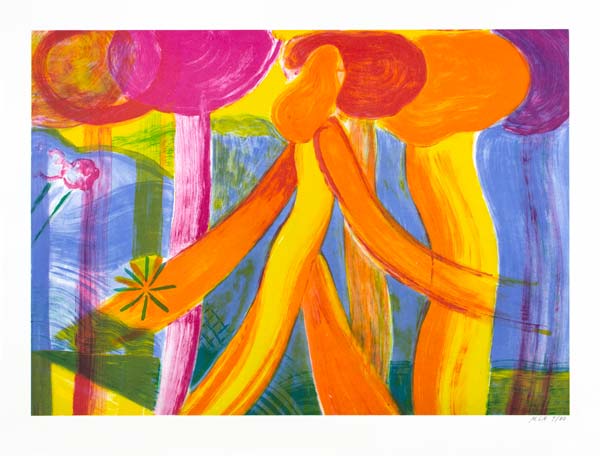 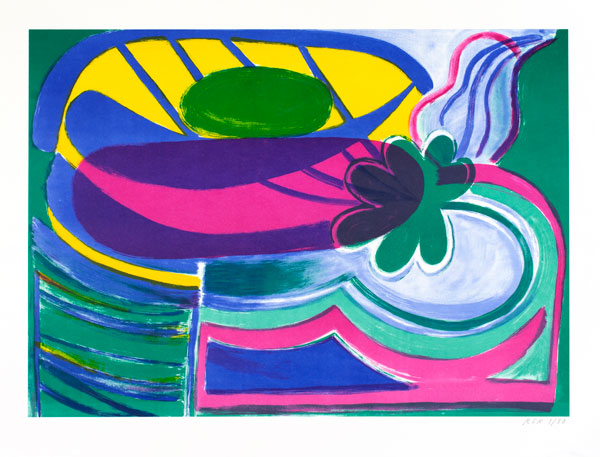 Malin Gabriella Nordin received her bachelor's degree in fine art from the Bergen Academy of Art and Design in 2013. Since then, she has become a distinguished name on the Nordic art scene, having a number of solo and group exhibitions behind her. Read more about the artist 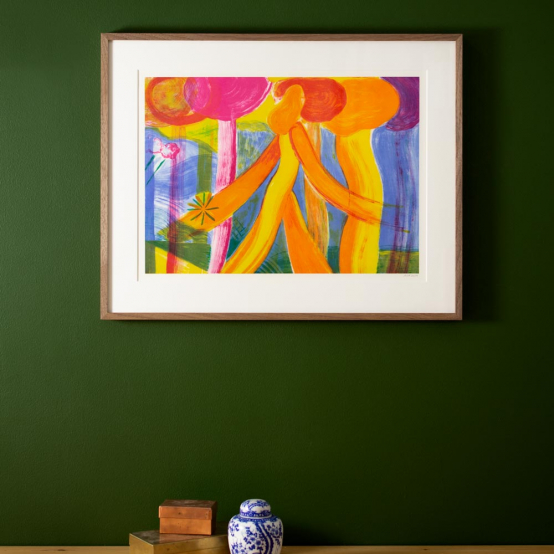 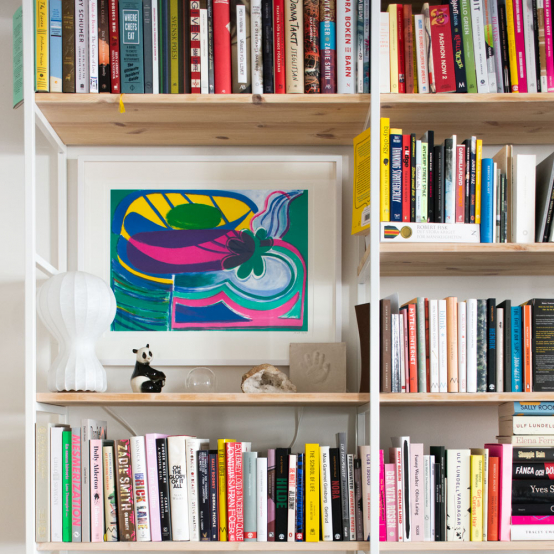