the order of chance

Olle Borg's work often oscillates between chance and control, where mathematics stands for control whereas painting and materiality contribute with the aspects of chance. The three new serigraphs "Twelve Days in the Diary of Chance" consist of 436 dots each, in red, black and blue. Everything is carefully structured and calculated until the moment when chance chooses the size of the dot. Despite the fact that the size of the dot is completely random, the eye searches for a pattern, a repetition that may suggest that there is a code, a meaning, after all.

- For me, much of the fascination for the project lies in this search for meaning. It is deeply rooted in human cognition - we always want to see intentions behind events. It can result in everything from conspiracy theories to the creation of gods, but it is also a central quality when we stand in front of a work of art and try to understand it.

To produce the motifs, Olle Borg has used specially made stamps in seven sizes. "Chance" in the title refers to the fact that the choice of stamp and its placement is decided at random. "Diary" refers to the fact that for each print, the artist has generated 36 random outcomes that have determined the size of each dot for twelve consecutive days. For this, he has used a random number generator. The difference in size between each dot is proportional, giving the same relationships as between the numbers in the Fibonacci number series. The sum of the previous two dots determines the size of the following dot, or as with Fibonacci: 1, 1, 2, 3, 5, 8, 13, 21, 34, etc.

The artist has chosen to work with seven sizes because he wanted the average outcome to be 4. And why 4? Well, because 36 x 4 is 144. The number 144, or most commonly 144,000, recurs in several religions, above all in Christian and Jewish traditions, including in the Book of Revelation. Using 10 as a base four counting is a rather late invention. Previously, 12 was used and 12x12 is 144 (which, by the way, is the twelfth number in the Fibonacci number series).

However, Olle Borg underlines that it is not a matter of numerology, or a mysticism of numbers.

- It is an investigation of patterns in life with mathematics and art as tools.

The three serigraphs are printed in collaboration with Catarina Landberg at Atelier Landberg in Aspudden. They are made in editions of 36.

About the artist: Olle Borg himself emphasizes mathematics and alchemy as his two major sources of inspiration. His works often consist of geometric patterns that are repeated and shifted. Olle Borg studied at the Royal Institute of Art in Stockholm, graduating in 1988. Since then, he has exhibited both in Sweden, around Europe and the USA.

All artworks by Olle Borg 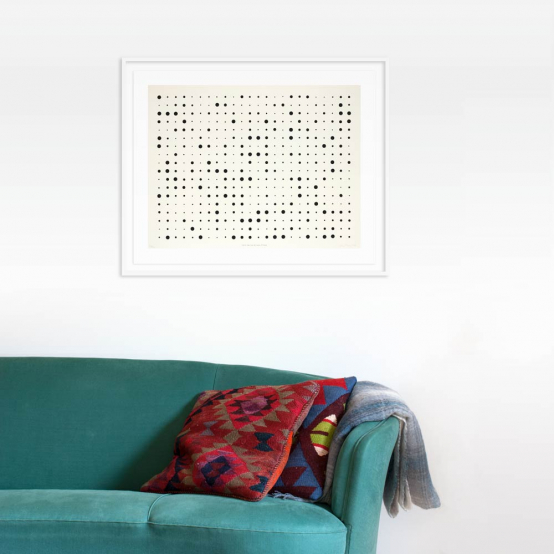 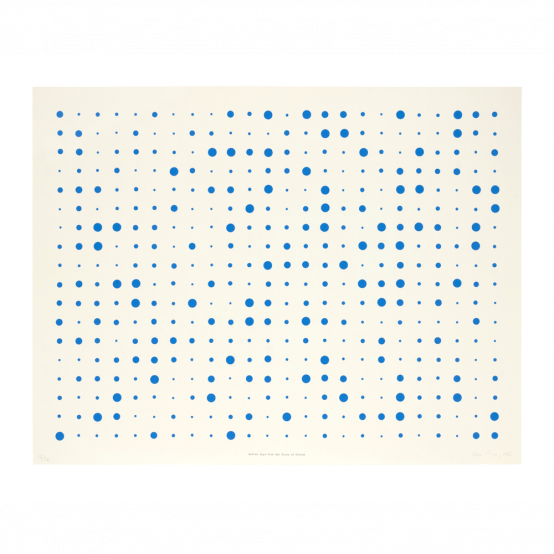 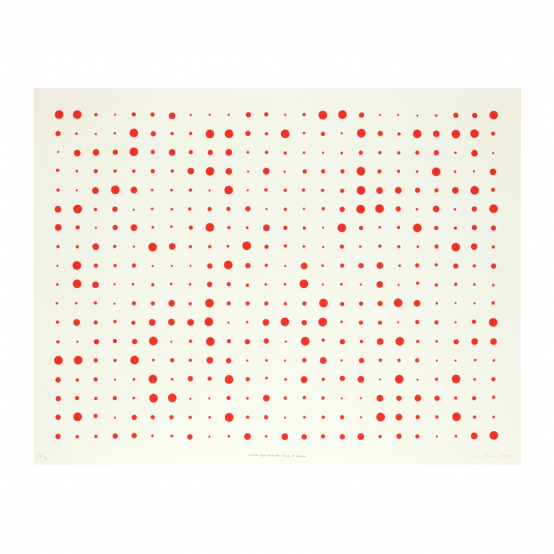