Mikael Wahrby participates in Vårsalongen 2020 with his new portraits of five of Stockholm's most emblematic towers. Now, the towers are also available from ed. art. They are a continuation of the series of Stockholm pictures that Mikael Wahrby has worked on in recent years.

The images are etched into copper plates, which are then printed on paper, a patience-testing and time-consuming work where the artist spends about a month working on each plate. Each shade of gray requires its own time in the mordant baths, and in the next bath of etching acids, the previous work in the plate must be covered in order not to be ruined by the acids. The images are printed by covering the finished plate with printing ink, which is then gently wiped off, leaving only a thin film of ink on the plate. The plate is then run against a moistened paper through a printing press under several tons of pressure. The paper absorbs the color and out comes a beautiful, very durable and hand-crafted work of art. 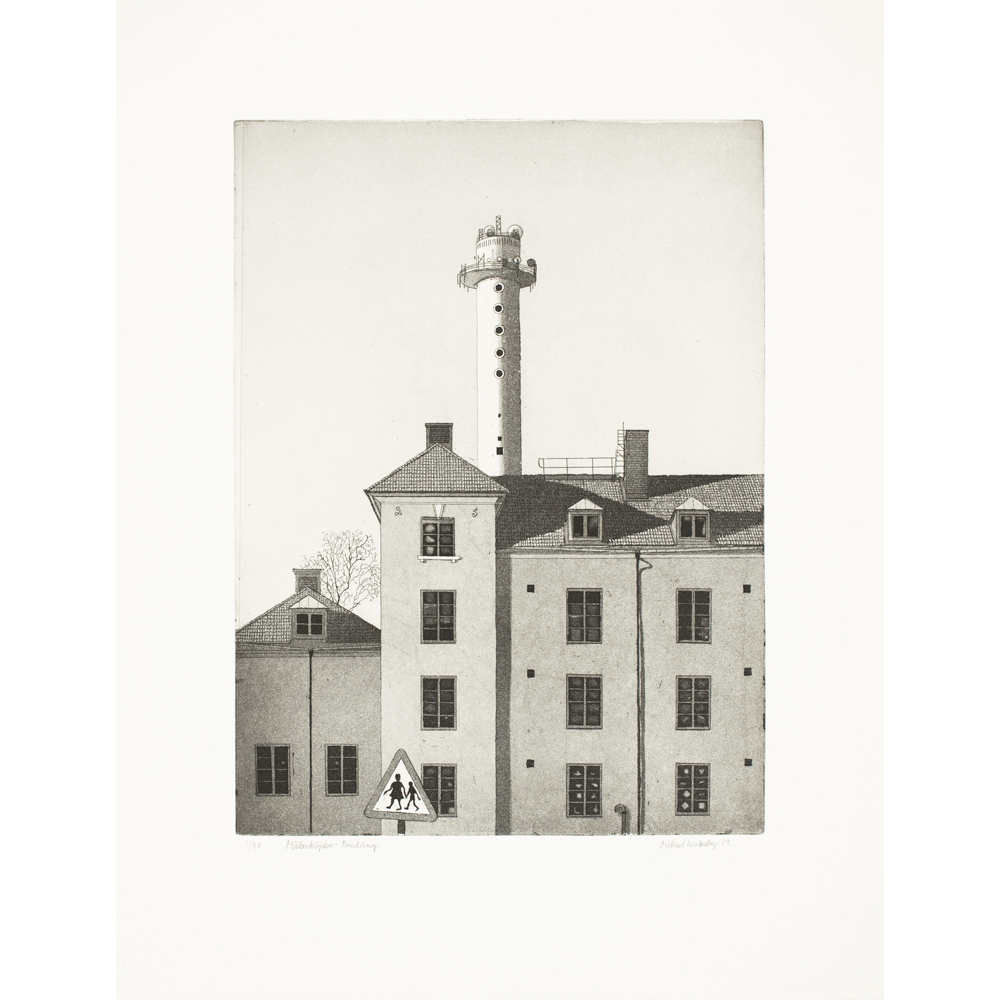 Mälarhöjden - Bredäng
The picture is dominated by Mälarhöjden's school, where I started in 1959. In 1960, a white painted radio link tower was erected in Bredäng, it is a well-known landmark in the area. Even as a child, I drew and painted the view with the tower. In the picture, architecture from the 1920s and 1960s meet. 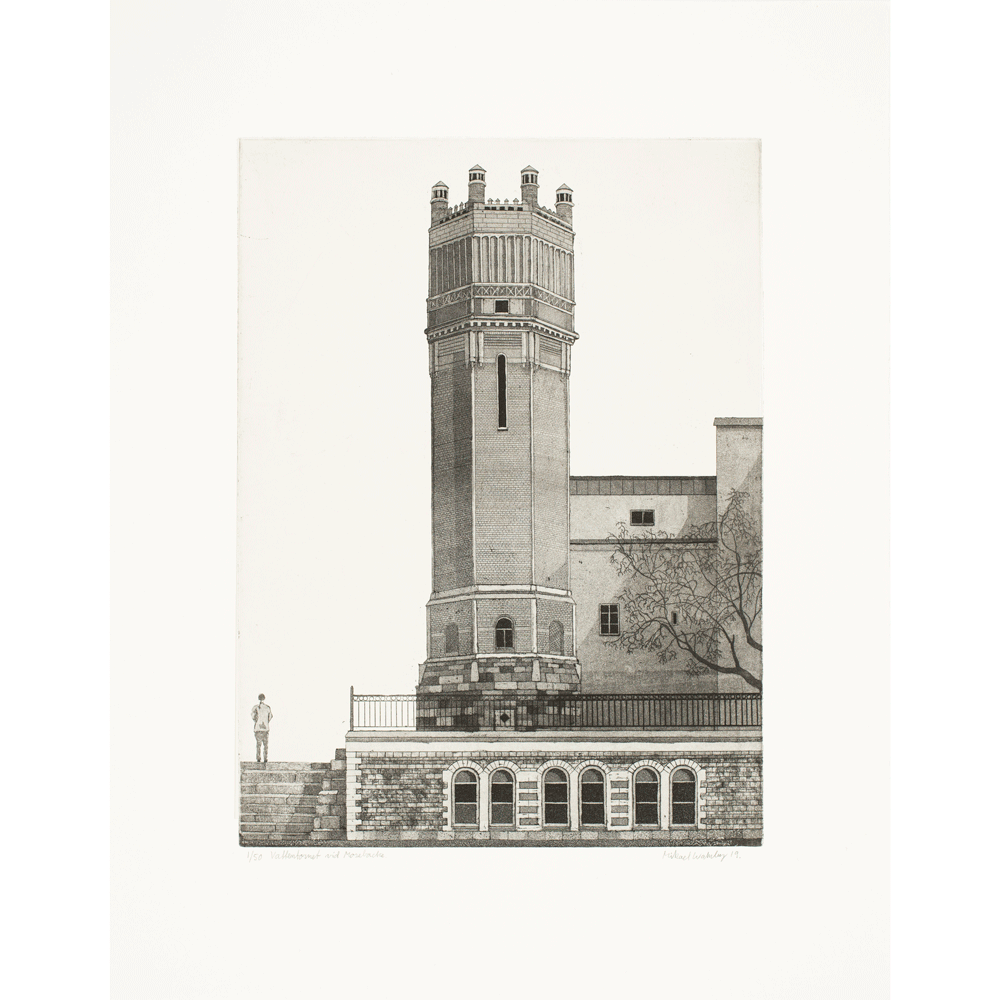 The water tower at Mosebacke
The tower from 1895 has an exotic silhouette with its octagonal upper part, marked with carved niches and corner blocks in granite against the red of the masonry's clinker. 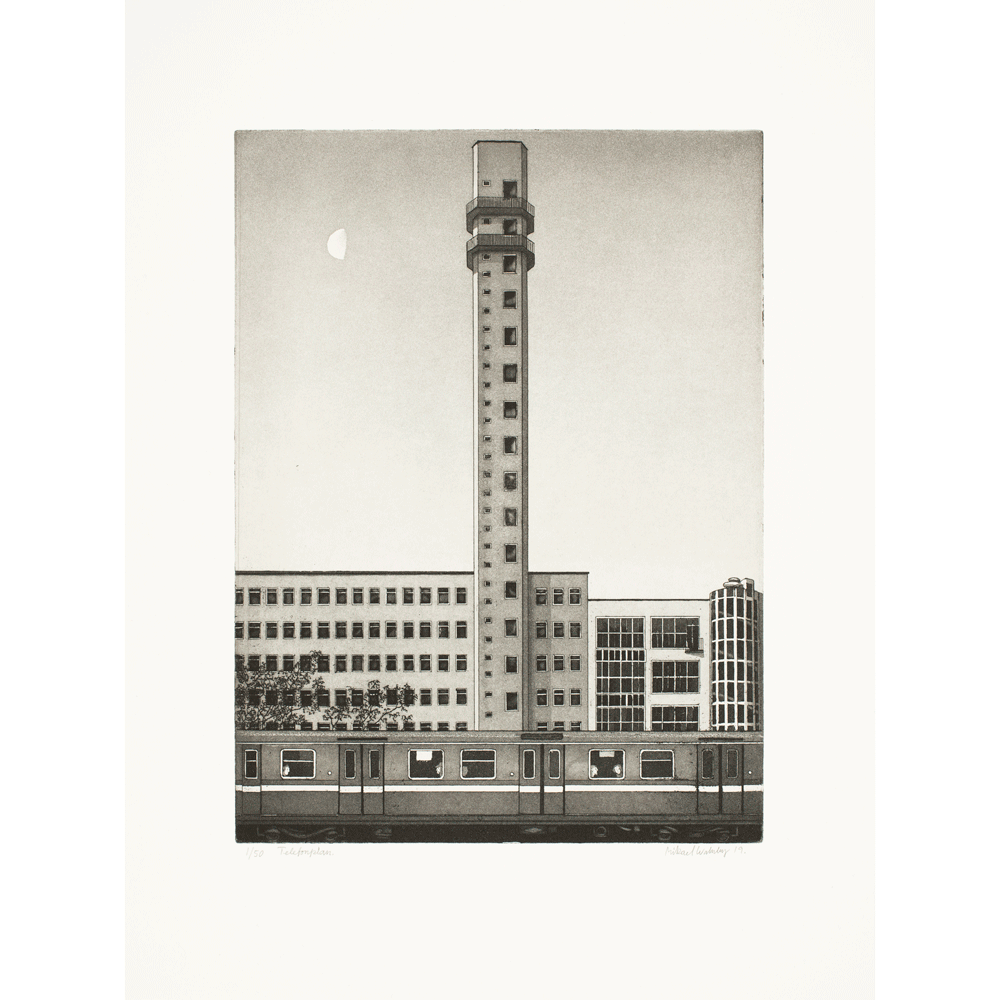 Telefonplan
In Midsummerkransen at Telefonplan lies LM Ericsson. The facility has expressive glass stair towers, perhaps it is one of functionalism's most beautiful industrial complexes in Stockholm. The building has a 70 meter high tower that was used for shortwave research. 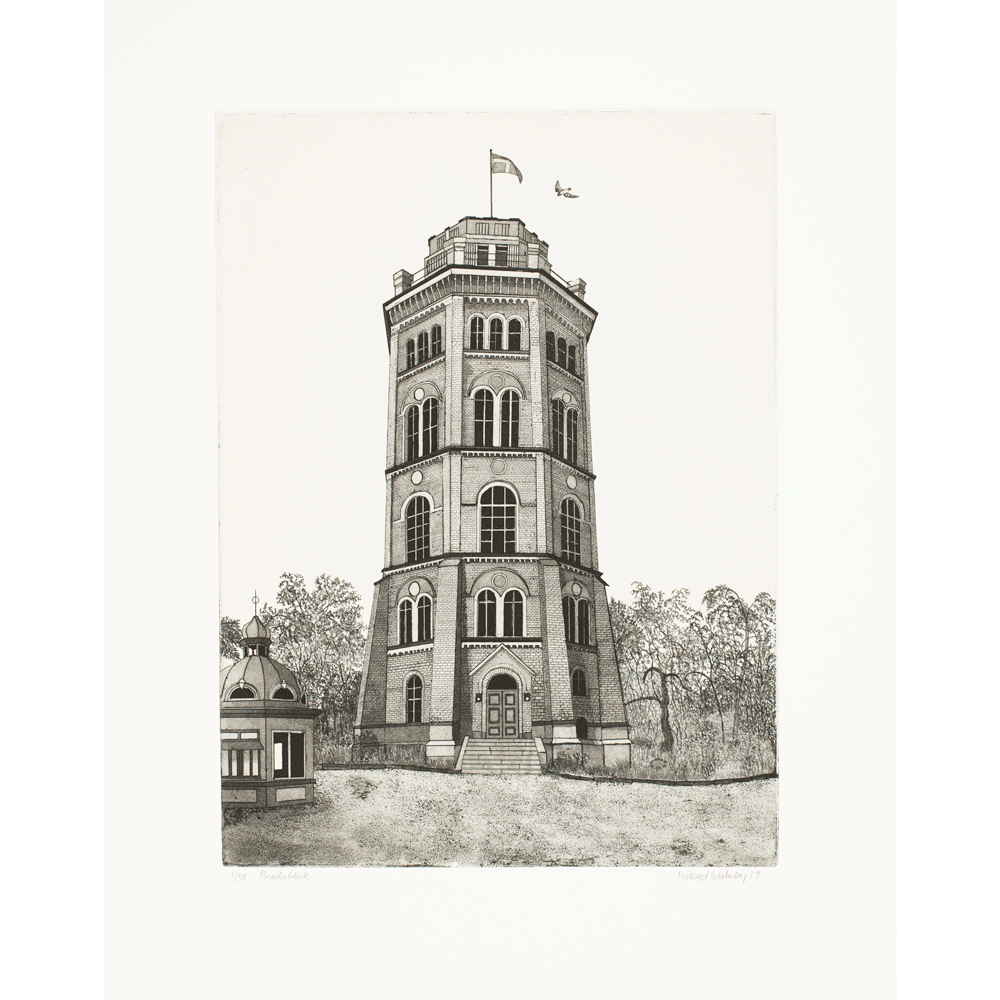 Bredablick
The octagonal tower was built in 1876 as an inn with beautiful views from the highest point of the Skansenberget. 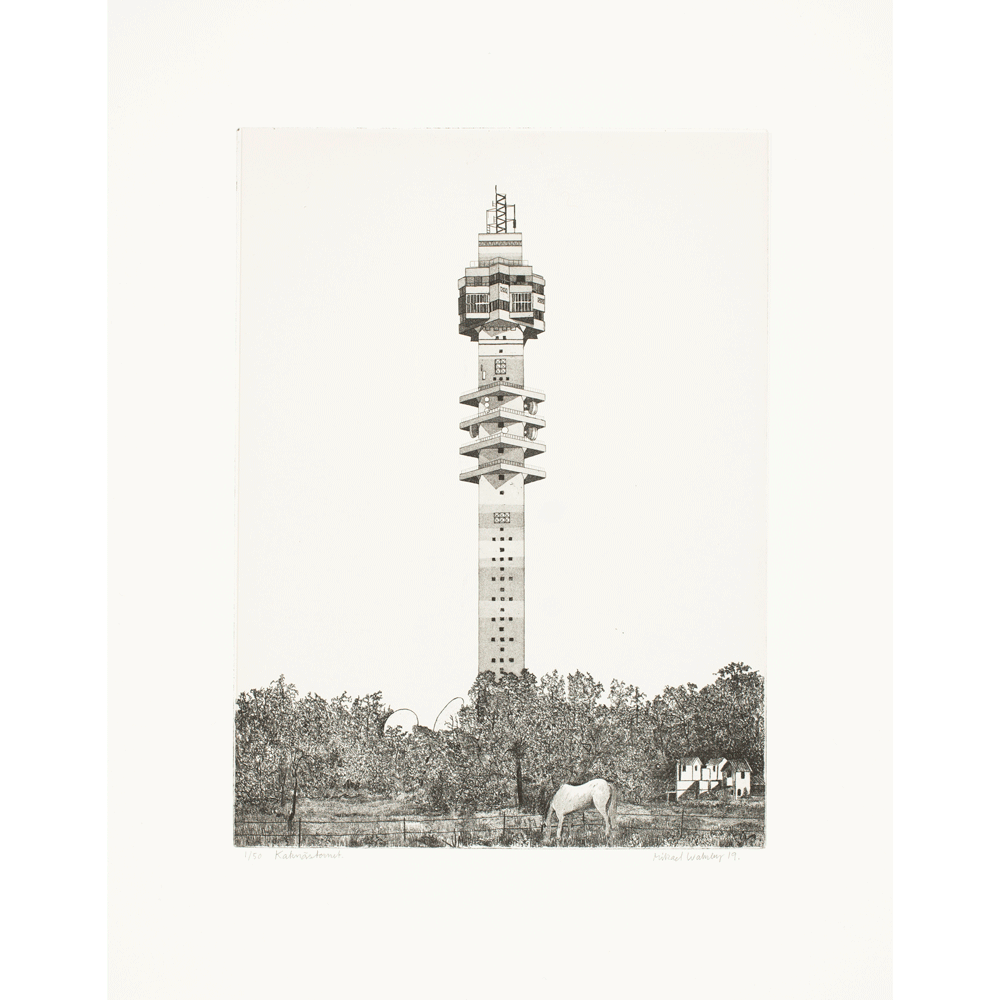 Kaknästornet
The National Telecom Agency's link tower for radio and TV, restaurant and viewing platform (now closed to visitors). With a height of 161 meters, the concrete tower is a significant dominant in the urban landscape. Diagonal squares build up a distinct volume. 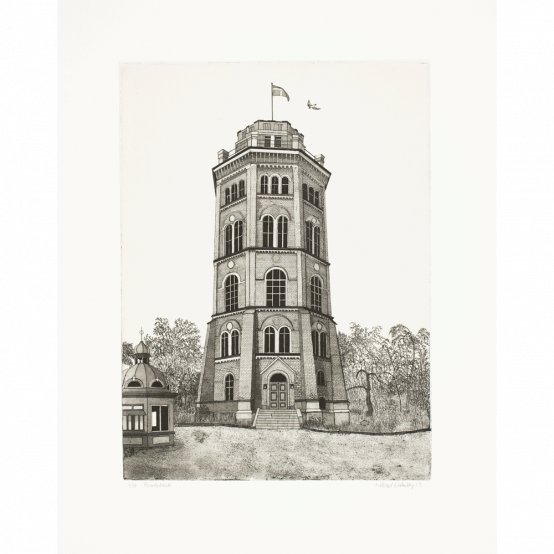 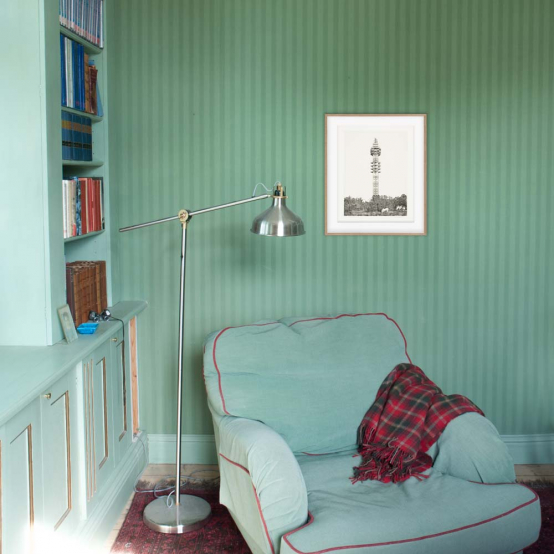 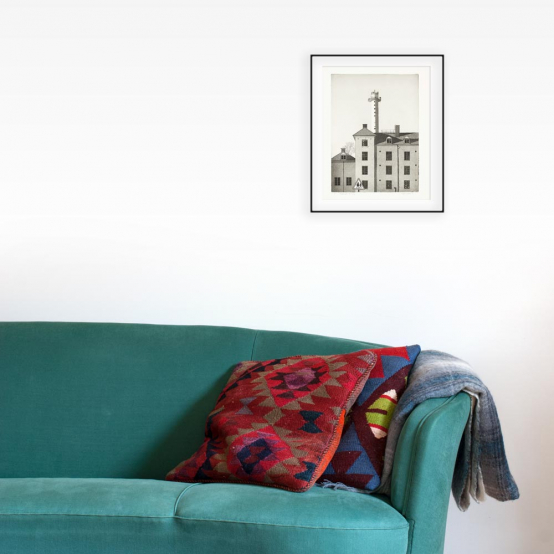 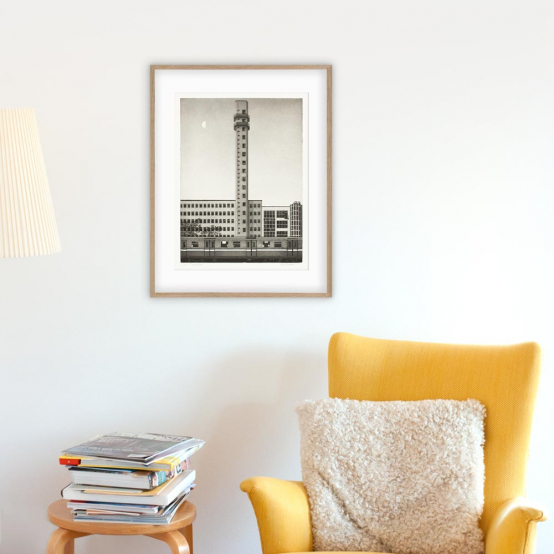 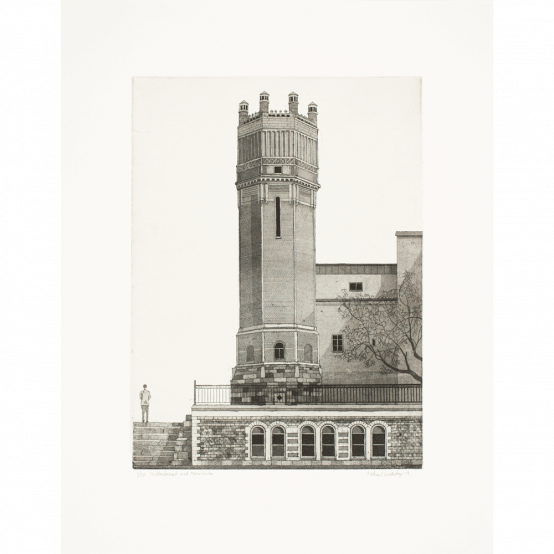