At this year's Vårsalongen – the Spring Salon - at Liljevalchs in Stockholm, Mikael Wahrby presents five new Stockholm images. In recent years, it has almost become a tradition that Mikael Wahrby's pictures are included in the Spring Salon and that Stockholm is the motif of his choice. From depicting objects and rooms, the artist has excelled in portraying the city itself, in recent years. Thus, he enters a proud tradition of Swedish printmaking artists having depicted the capital through the centuries, ranging from the 18th century artist Elias Martin to Axel Fridell, active about two hundred years later. Just like the painters of that time, Mikael Wahrby captures the city as it appears to today's viewers, with its mix of old and new buildings, its fancy side, but also the less fancy details. The image of Project Slussen, with its broken windows and graffiti is such a snapshot from today's cityscape that will probably remain with many Spring Salon visitors.

For Mikael Wahrby, the artistic process starts with pencil in hand, creating a sketch. This is then drawn in reverse on a copper plate which has been coated with a so-called "ground". The artist works with a pencil or needle, that removes the ground and exposes the plate. The plate is then dipped into a bath of acid, which causes the exposed surfaces to turn into recesses in the plate. After several such turns between the drawing table and the etching bath, the plate is ready to be printed. It is coated with ink which is then wiped off - only the ink that has entered the etched recesses of the plate remains. Then the plate is run against a dampened paper through a printing press and the paper absorbs the ink from the recesses. Out comes the finished print.

Mikael Wahrby himself describes his five new motifs as follows:

The small, beautiful brick pavilion with a narrow stair tower and spire was built for the Royal Skating Rink at Kastellholmen. Architecturally, the pavilion was inspired by Citadel at the top of Kastellholmen with its style idealizing medieval architecture.

Between Långholmen and Södermalm lies Pålsundet. The Västerbron bridge’s steel arch is reflected in the strait and forms an oval that frames boat sheds and the Old Town's classic buildings.

With its central location, Blasieholmen has become the site of stately buildings such as the National Museum. Partly covered with tarpaulins, the archipelago boats are waiting for the summer tours. And a closed museum is waiting to reopen.

Demolishing the elegant four-leaf clover crossing is part of what the City of Stockholm calls “Project Slussen”. Early summer mornings when everything was quiet, I cycled to Slussen to sketch and watch the whole spectacle.

In the lower part of the picture, you can see sculptures that are part of the work "To Raoul Wallenberg" made by Kirsten Ortwed. In front of Dramaten, Dramatic Theater's façade, August Strindberg is depicted and to the left Margaretha Krook. Dramaten has an Art Nouveau architecture of the kind associated with Vienna and Paris.

The video shows a guided tour (in Swedish) of Vårsalongen, led by Mårten Castenfors, gallery manager at Liljevalchs. 12:54 into the film, you'll find Mikael Wahrby's etchings. 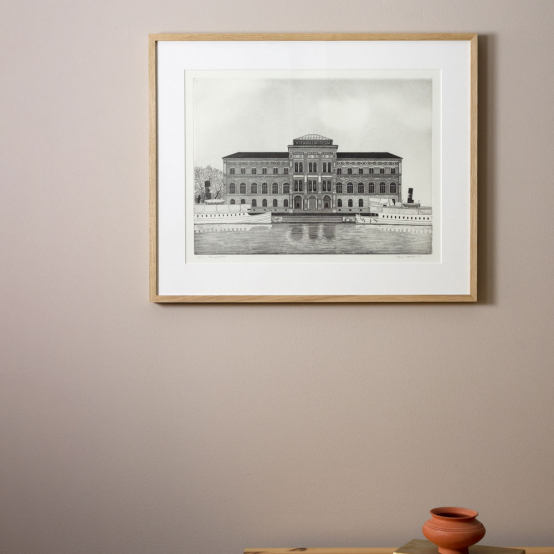 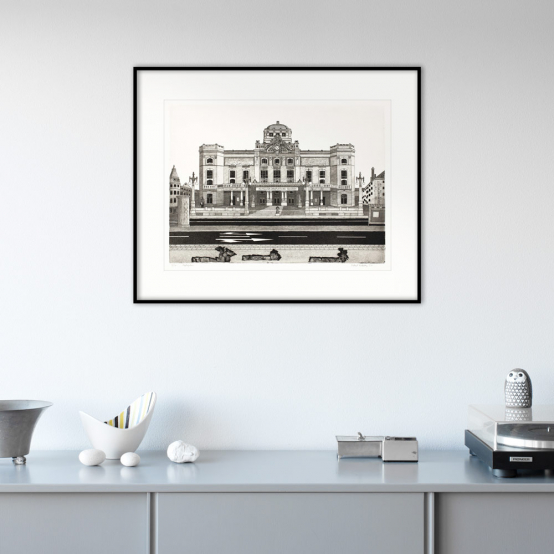 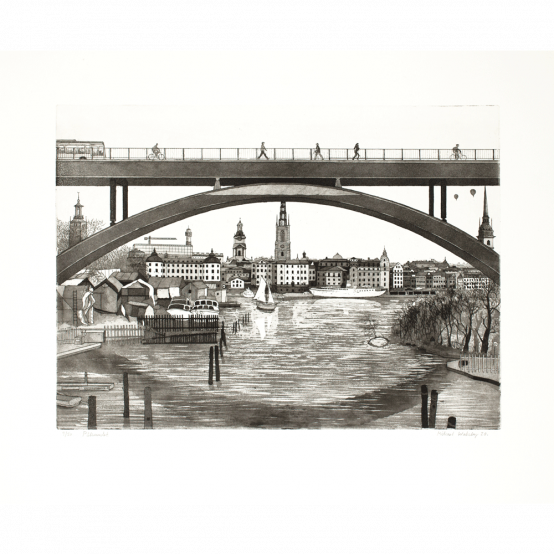 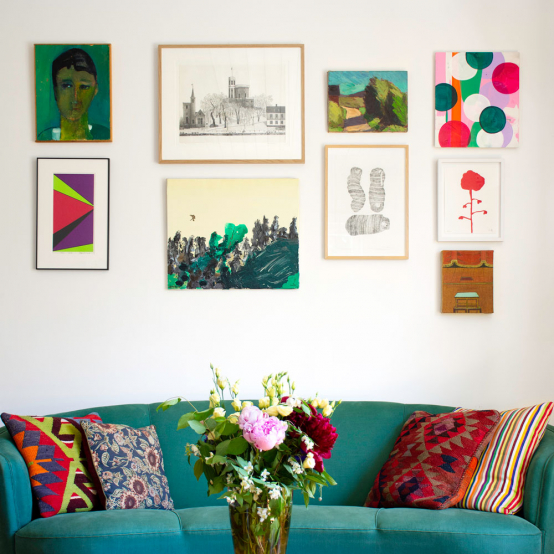 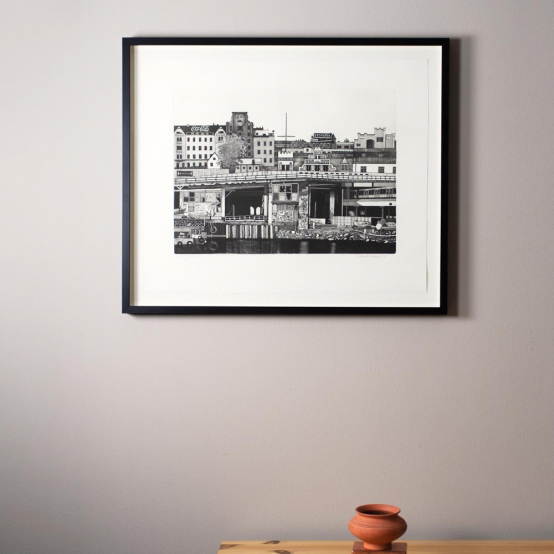