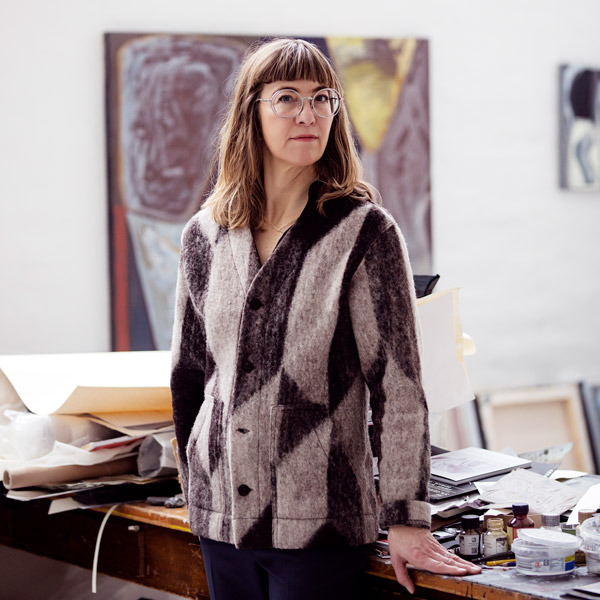 We have just received two beautiful series of helio- and lithographs by Julie Sass. Sass is a Danish artist who, with abstraction in the visual arts as a starting point, devotes herself primarily to painting and prints, but who also makes artist books, sewn objects, and curates.

Julie Sass herself describes how she is constantly drawn to abstraction, to the unknown that takes place during the process in the studio, as a way of engaging with the flux of the making itself.

"I start by approaching form and content through rhythm, by constantly adhering to making marks and strokes that are simultaneously negligent and defined. In the process of making my drawings, paintings, printmaking or the pieces in fabric which are more sculptural, I “take notes”. I look at the glitter, the glow, the dimmed tone of light that shows through a smoldering unrefined color whose structure is often similar to a stage set.

The picture plane that I construct is an imaginary territory of coexistence where many forms and levels of density behave as if they were always there. It is a visual balancing act."

The small works in the Black Fog Rising series are heliographs. They are produced according to the photogram principle, that is, objects, collages made of paper, or the like, are placed directly on the light-sensitive aluminum plate that is exposed to light, thereby the "shadow" of the object is etched into the plate. The artist can then print from that plate. She carefully chooses the colors for the image and prints it like a regular lithograph. The result is small, fragile images, which carry the structure of objects but not necessarily their shape. There is a fascinating play with space and surface. The works are produced in collaboration with Steinprint, a lithographic printing shop in Tórshavn, the Faroe Islands, which has established itself as an important hub for Nordic, exploratory fine art prints.

The second series is a triptych where the prints are either seen together, or individually, consisting of three large, combined lithographs and woodcuts. All three bear traces of the lightness of lithography mixed with the structure of the rough carved wooden surfaces.

Julie Sass has a Master of Fine Arts from the Royal Academy of Fine Arts in Copenhagen and New York University, specializing in painting and later in Art Theory and Mediation. She currently lives and works in Copenhagen. In 2020 she was nominated for the Queen Sonja Print Award, and her lithographic artist books are in the collection of The Metropolitan Museum in New York. 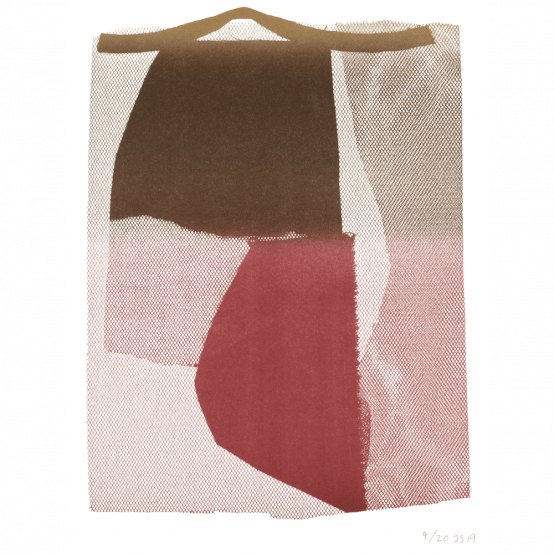 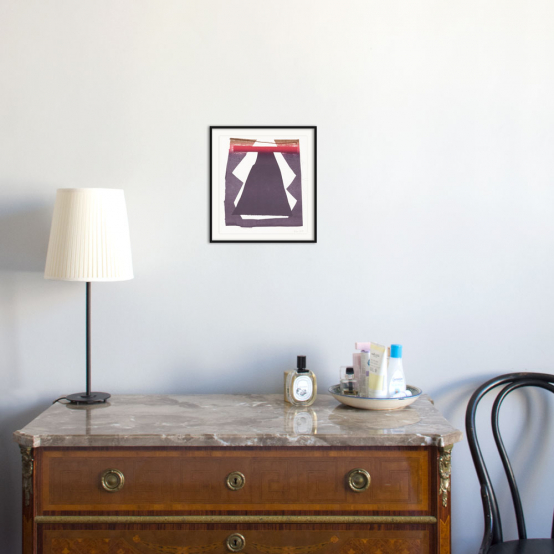 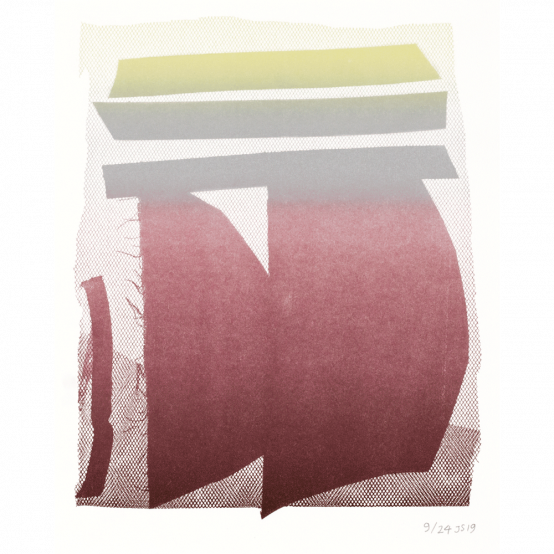 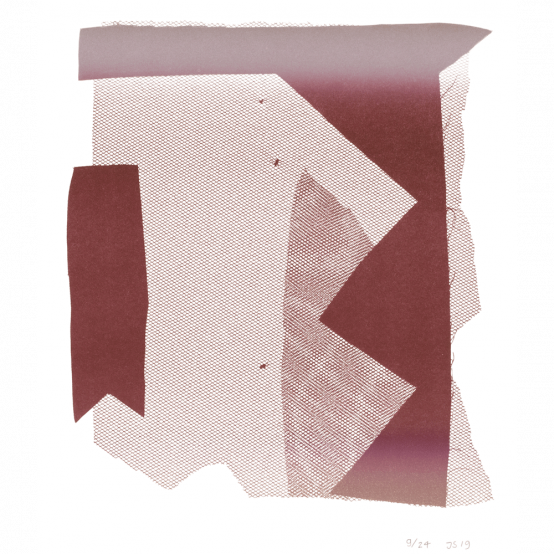 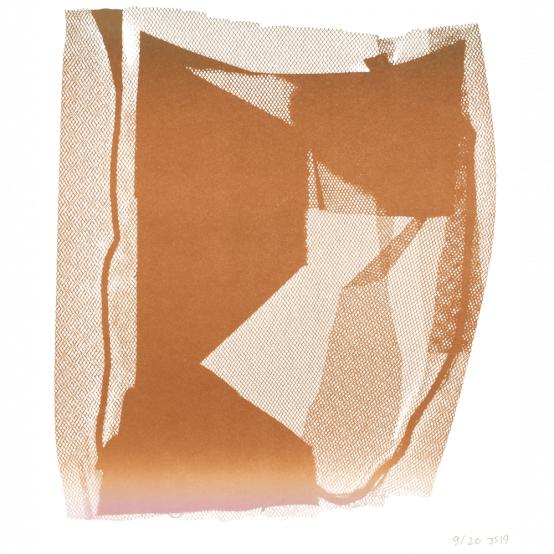 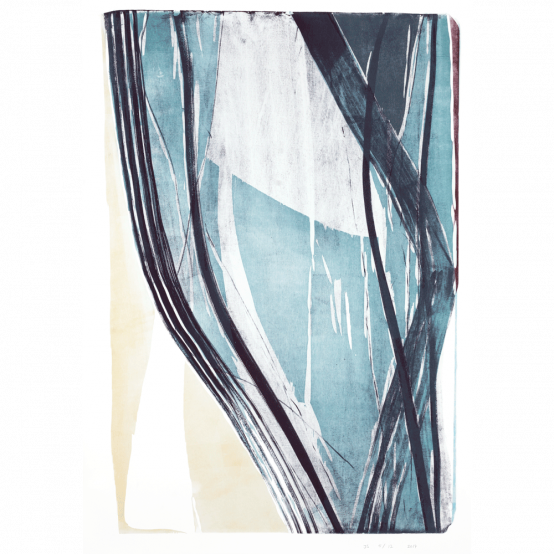 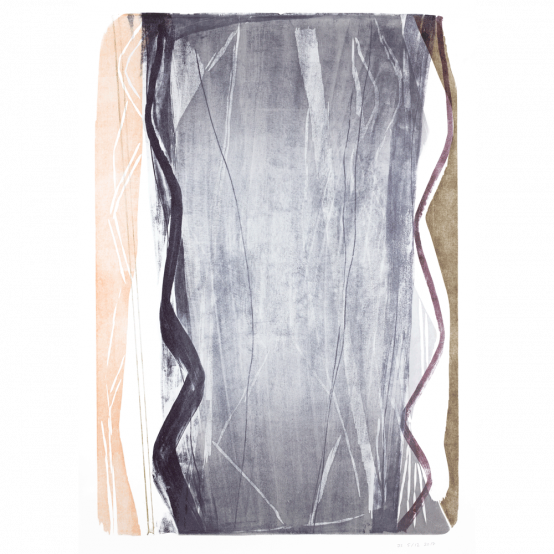 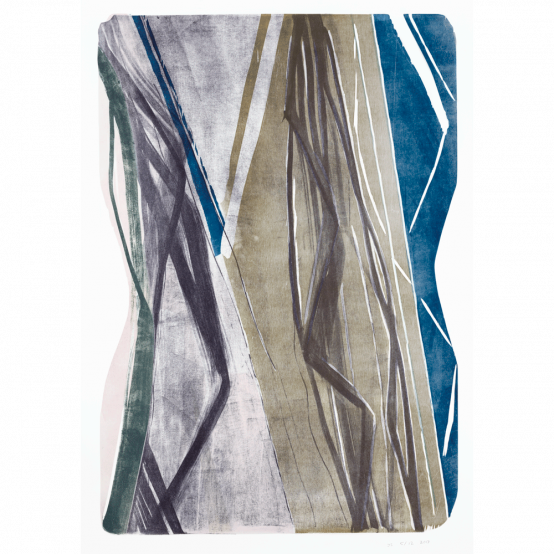