During Affordable Art Fair, ed. art will present a new artwork by Charlotte Gyllenhammar. In the work, Gyllenhammar examines the gemstone in close-up. Gemstones are a recurring motif in Gyllenhammar’s  art. In the new work, she exposes the individual gem, parallel to the picture surface. Facets and light breaks reflect the ruby’s multifacetedness with crystalline sharpness. 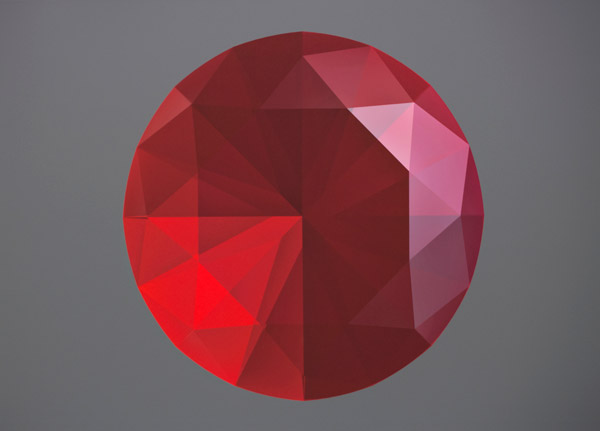 It is possible to track the use of gemstones in Gyllenhammar's art to the falling / hanging women. Through these, the artist considers both gravity and the human condition. Johannes Nordholm writes in Gyllenhammar's catalog from 2015: "The female figure amplifies the force of Gyllenhammar's themes. Death seems intertwined with beauty. In Night Descend, 2014, a women's body is depicted with the black skirts shaped like a cup around her upper body. She becomes a chalice turned upside down that pours her blackness into the soil, in an inversion of the woman as a container of life.

The garment’s pleated contours gather around the black point of the head, that resembles a pupil. The shapes float on the image plane as blooming water lilies, picturesquely elevated and exact targets. Their likeness with eyes seems to have crossed Gyllenhammar’s mind. In a statement, Gyllenhammar has said that she sees the crown of the head as an eye. "

Gyllenhammar's Night Descend exhibited at the Thiel Gallery in Stockholm

The gemstone is also a kind of eye, a transparent and polished glass body. The eye is infused in the face like a gemstone. In ancient sculptures, sapphires and rubies were set in the white of the eye, made from ivory.

Since the 90's, Gyllenhammar has used precious metals and stones in both sculpture and film. In the work Olydnad (Disobedience), 1997, there is a small silver vat embossed with red grenades. In "Boy, Girl" from 1999, the boy carries a kind of attribute, a sphere in silver infused with yellow sapphires, which is sculpture and jewelery at the same time. Gyllenhammar is fascinated by the gemstone as both symbol, concrete material and value.

The gemstone is the most compressed of material, the oldest and hardest of all earthly matter. The diamond is formed of hard compressed carbon, a kind of concentrate of time. Often Gyllenhammar creates contrasts between materials; earth and silver, clay and porcelain, concrete and gold.

See and buy the work 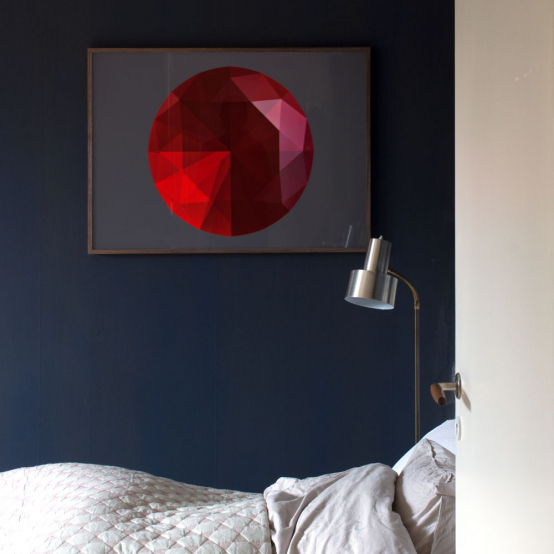