In August, one of Sweden's most beloved artists, Linn Fernström, opens a large solo exhibition in Stockholm. In connection with this, ed. art releases four new prints by the artist. In the new lithographs, we recognize Linn Fernström's distinctive style – colorful figures and animals against a bright background; symbol-laden images where the interpretation is highly individual and where we as viewers can both see light and darkness.

Read the interview with Linn Fernström from Sköna hem here (opens as a pdf in new window, in Swedish).

About the editions
The printing work has been carried out by Lumphé Lithografiska, one of Sweden's foremost lithography printers. The editions of 150 copies each are signed and numbered by the artist.

Read more about the printing process and see pictures from workshop 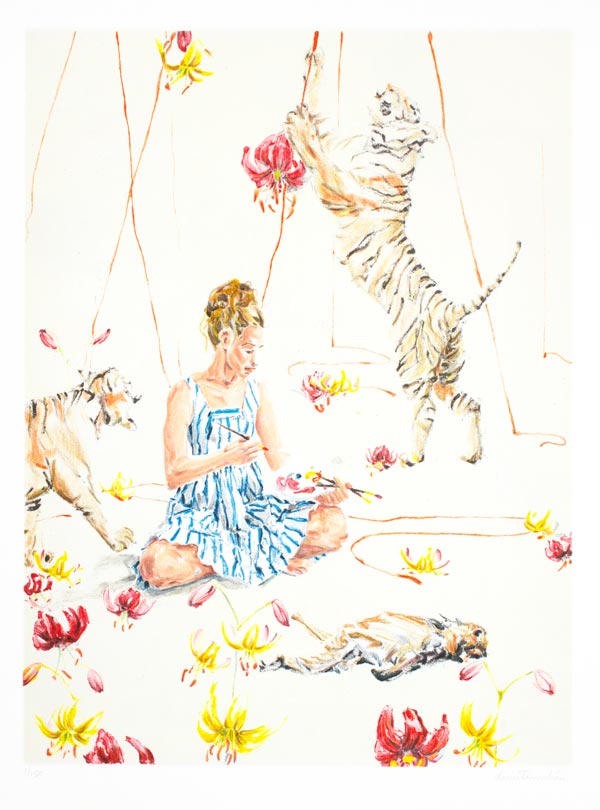 In the self-portrait Målande (Painting) a woman is sitting on the floor with a palette in her hand. A creative game is in progress, where the woman paints the monkey while the tigers are playing in the background among the flowers. 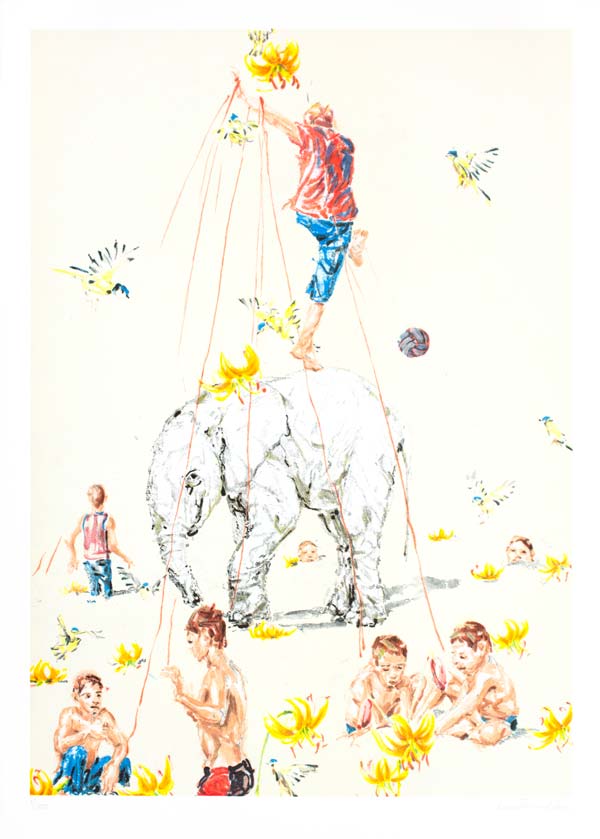 The white elephant is an oriental symbol of luck. The picture shows boys playing. From the back of the elephant, one figure controls the others with the help of puppet wires. 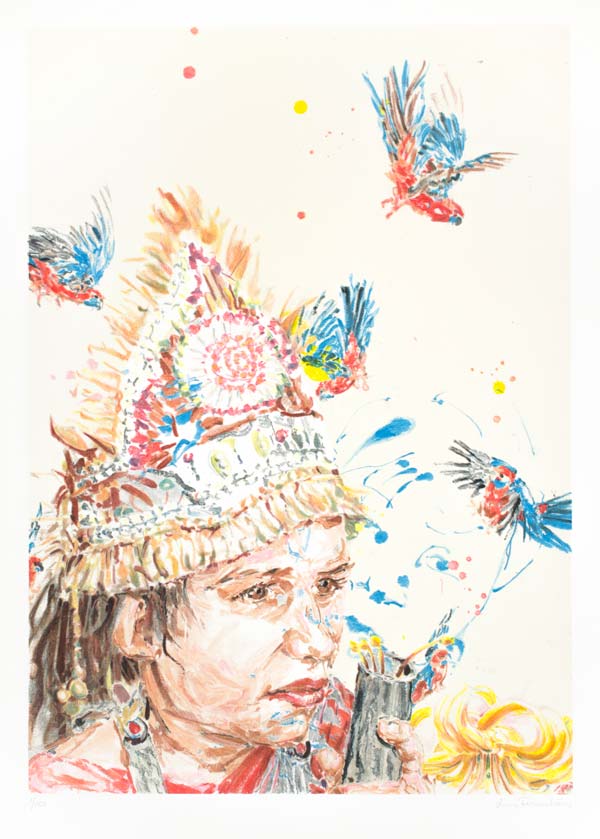 In Flicka med rör (Girl with pipe) we see a richly decorated girl who holds something very important in her hand. 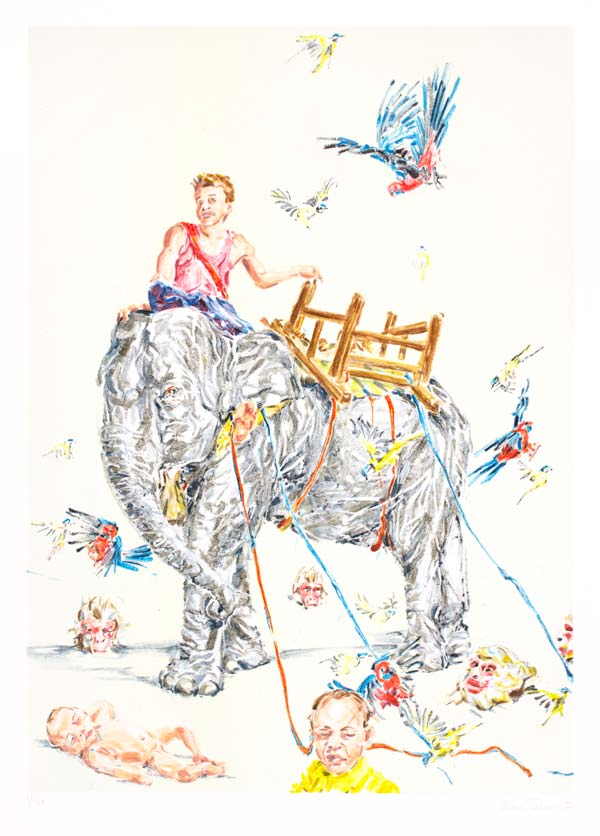 In Elefant med barlast (Elephant with ballast), the load has fallen off or been hoisted down and is scattered around the elephant and its driver. 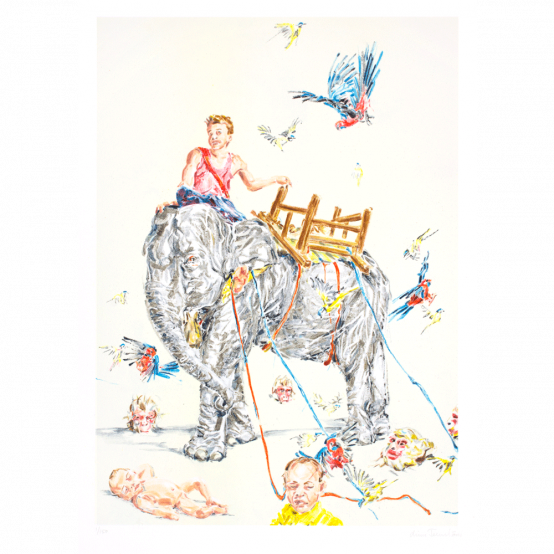 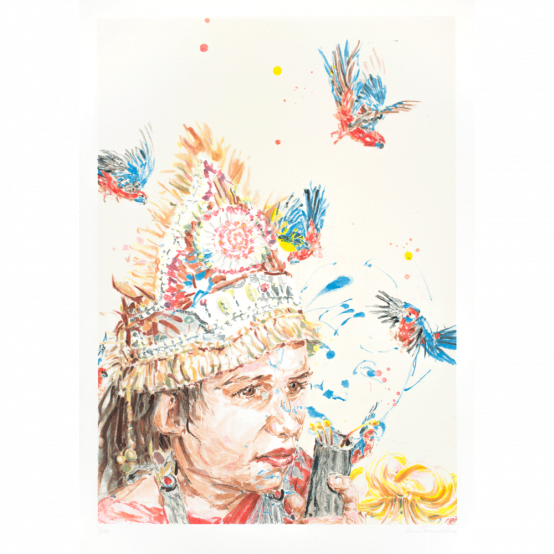 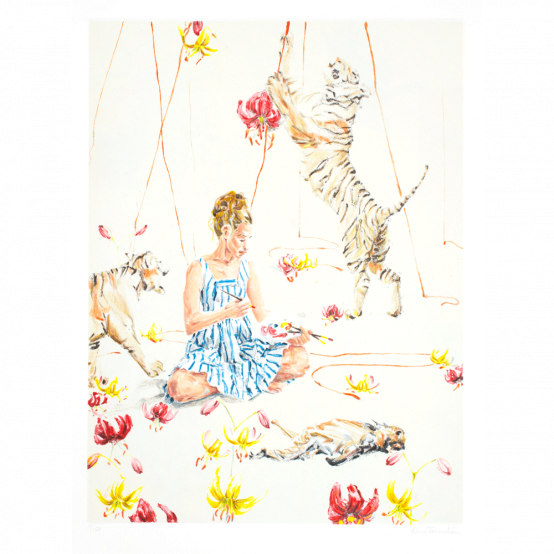 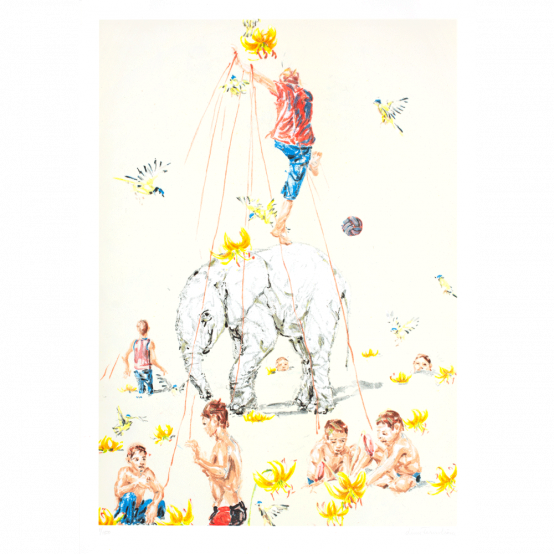